A lot of tourists all over the world choose Italy as a place to visit on their vacations, because there are places for both who likes active leisure and who usually prefers laying on the beach all day long. Yes, Italy is magnificent country with a variety of opportunities for all the types of tourists.

If I ask you, "what Italian countries do you know?", you will probably name Rome, Firenze, Napoli and Vienne, and they are undoubtedly worth visiting, but I won't tell you about them - my today's topic is the city witch was named "Italian capital of culture" - Palermo.

I'm not going to advise each one and everybody to visit it. There are things which I'm not able to change, like narrow dirty streets, robberies and chaos on the roads, but the fact is that with all this drawbacks it still keeps its individuality, happiness and dignity. Despite all the defects, it says itself.

Palermo is situated on Sicily, the biggest island of Mediterranean sea, and it is its capital. People usually call it "the city of contrasts", cause near the ruins of historical buildings and grand old cathedrals you can often see modern shopping centers and skyscrapers. Also beside the luxurious hotels, expensive cars and busy businessmen there are dirty alleys, hungry stray dogs and poor immigrants sitting on the streets and  trying to sell something to anybody. But even this unpleasant picture is kinda cozy and atmosphere. Dunno why, maybe they just seem to be happy?

When it goes to cultural places, I can speak endlessly, so I'm sure that If you want to know more you will just google it. But my favs are Piazza Pretoria and Fontain there, Qattro Canti and of course Cattedrale de Palermo.

One of the interesting facts is that sometimes it's hard to find some attractions because there are hidden in th depth of the city streets and you often can come across one of them unexpectedly. It's Palermo's main feature - unpredictability and mystique.

I bet Palermo will probably be liked by creative people who are looking for inspiration, cause it is everywhere and in everything: on the walls, under the bridges, in the people on the streets, among the numerous parks and ports, near the amazing cathedrals and churches, in the street musicians and even in this specific, peculiar air. Probably because of such little towns like mine there were so many famous artists in Italy like Bellini and Michelangelo.

Youngers like me mostly adore Palermo at night time. It becomes similar to night sky with numerous bright stars on it. This view is amazing, I swear.

And what's more, as I said before, Palermo was called "Italian culture capital 2018" and that's an article about it:

"If Palermo is the Italian Capital of Culture for 2018, it is not by chance. Culture is a tool of contrast, knowledge of the other, and helps to overcome differences as an obstacle to peaceful coexistence. Palermo, in its history, is the expression of European cultures that have engaged in dialogue with the Arab world.

It is the product of dominions that, throughout the centuries, took place here, as well as the ability of its inhabitants to be capable of welcoming different cultural influences, as well as being able to produce a new culture through processes of the original redevelopment of knowledge acquired at the same time.
It is the cultural syncretism that characterises the history of the City in a process that produces clear layers throughout the centuries, both in providing the heritage of monuments and art, as its immaterial legacy. It is a multi-ethnic society because of its history and multi-faceted identity because of the relationship of the citizens of the past and present with the foreigner, be they the new ruler, artist or artisan who comes from a different world.

A brief, summarised description of the city’s history, from its founding, to the unity of Italy, is necessary to understand today’s Palermo"

All in all, I'm really proud that I was born in such an incredible city as Palermo and I strongly want it to be known by people cause it's worth it.

Send this story to your friends, please, I'ld be vey grateful, and let me know about your town and its features. 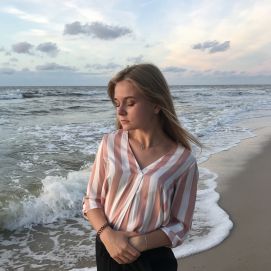 0 0
report
Submit a comment
You are not allowed to leave a reply!