My Top Reasons to Visit Russia 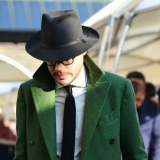 Many people hope to visit Russia but for some reason put it off thinking it is too far away, too different from their culture, or is not as welcoming to tourists as other countries.

The Russian Orthodox Church held an incredible amount of power and prestige during the Czarist Era, and the impressive cathedrals in many Russian cities are a must-see for anyone interested in religious history and architecture.

The Russian Czars (tsars) once ruled Russia for nearly 350 years. Their reign began with Ivan the Terrible and ended with Nicholas II.

From the haunting Kazan Cathedral in St. Petersburg to the grandiose St. Basil's Cathedral in Moscow, to the multitude of churches in the UNESCO Heritage city of Suzdal, there is no shortage of breathtaking religious sites in Russia.

When you tour Russian, you can visit their homes, their favorite places, and the inspirational sites from their work to gain a new depth of understanding and perspective about Russian literature. Many of these sites have been turned into museums.

The art collection in the St. Petersburg Hermitage Museum is enough to occupy you for days and that’s only one small part of all the art that you can see in Russia. Nearly every city houses at least one art museum with some amazing works.

The Moscow Museum of Modern Art is the first Russian state museum featuring 20th and 21st-century art. It houses the largest collection of modern and contemporary Russian art in the nation

See how the Tsars (Czars) lived at Catherine the Great’s palace at Peterhof and the Summer Palace.

Peterhof, which means “Peter's Court,” was built by Peter the Great in the 18th century, rebuilt after WWII, and is now protected as a UNESCO World Heritage site. It is a complex of palaces, gardens, and fountains and is one of the most popular attractions for visitors to St. Petersburg.

Then, visit Lenin’s tomb, take a look at the old KGB headquarters, and take in the Soviet-era architecture that you will find in many smaller Russian cities. Lenin's body is on display and soldiers stiffly and silently guard the tomb.

You must try traditional Russian food at least once in your life; it’s quite a unique tasting experience.

Borscht is a beet soup, served with a dollop of cream, that originated in Ukraine and was quickly adopted as a Russian specialty.

Pelmeni is the national dish of Russia. They are pastry dumplings typically filled with minced meat. They can be served alone, slathered in butter and topped with sour cream, or in a soup broth. Pelmeni is definitely a favorite in Russia and Eastern Europe.

Of course, if you like vodka, Russia is the place to go. Russian beer may pleasantly surprise you as well.

You must see the unparalleled grandeur of the Moscow Metro. The Moscow Metro (also known as the People’s Palace) was built in the mid-1930s in the era of Stalin. It is one of the biggest in the world. The Metro connects the city center with the industrial and residential areas and allows you to travel quickly and easily.

Not opulent, but part of the Russian experience is the adventure that is traveling by train across Russia. The railway network in Russia is very good, with routes connecting most towns and cities, and the trains are split into three types; high-speed luxury trains, express trains, and local trains.

Russia is, needless to say, a gigantic country, and the upside of that is that there is a huge amount of untouched nature waiting to be discovered by travelers.

In Siberia, the Altai Mountains are a complex system of high mountains in the Siberian ridges, separated by deep river valleys and extensive canyons. The Altai National Reserve and Katunskiy National Reserve are protected as the UNESCO World Heritage Site of the Golden Mountains of Altai. Here you will find the snow leopard and the Altai argali, the world's largest wild sheep.

Also in Siberia is Lake Baikal, the biggest, deepest and most diverse freshwater lake on Earth. The pure clear water of the lake is enjoyed by people who stay in lakeside cabins, go fishing, and swim in its waters.

Russia will provide entertainment for almost any taste. See the world-famous Russian ballet dancers, visit the majestic theaters for a play, or listen to some classical music written by Russian composers and performed by amazing Russian musicians.

Russia also has exciting nightlife, with world-famous nightclubs, and, conversely, cheap, or free live music available in many bars and clubs on almost any weekend night.

Don’t be afraid of visiting during the Russian winters. Yes, it gets cold, but pack some warm winter clothes and brave the snow because it will be worth it.

You will see a snowy world that looks straight out of a fairytale and if you’re far enough North, you might even catch a glimpse of the Northern lights.

Moscow and other large cities celebrate a lengthy Winter Festival. The festival begins in December and continues into January and encompasses Russian Christmas, New Year, and Svyatki. There is so much going on that its an ideal time to visit Moscow or one of the larger Russian cities. Events feature performances of traditional Russian song and dance, games, crafts, food, and more.

0
1 0.
Submit a comment
You are not allowed to leave a reply!